New human embryonic stem cell (hESC) lines created in an Israeli medical center have just been approved by the acting NIH director, Francis Collins for use in federally funded research in the Unites States. While federal funding for the creation of new embryonic cell lines is banned, private funding is still legal, and use of these 70 new stem cell lines in research is not prohibited.

NCER does not support research in, and therapeutic use of, human embryonic stem cells (hESC) since they (1) necessarily involve the direct destruction of human embryos and (2) provide therapies to persons suffering from a degenerative disease by dismantling—destroying the life of—other persons at their embryonic stage. By violating human dignity and the right to life of embryonic human beings, ESC research and its therapeutic applications constitute unethical science and medicine. However, NCER supports and encourages research in human adult stem cells (hASCs) (including umbilical cord blood stem cells) and their therapeutic application to debilitating and life-threatening diseases and injuries. 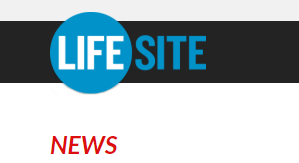 In 2018, pro-lifers called for NIH director Francis Collins to be ousted, but he remains in power.

Despite President Donald Trump’s many pro-life accomplishments, pro-lifers have expressed concern about NIH director Francis Collins, an Obama appointee who has defended research using tissue from aborted babies. In 2018, the March for Life and Live Action called for Collins to be ousted.

Collins’ replacement should be “someone who recognizes that children who are killed by abortion should be mourned, not experimented on,” Live Action President Lila Rose said at the time.

During Bush’s presidency private funding of such research was not prohibited, and research using existing stem cell lines was permitted to continue.

Last year the Trump administration removed funding from some projects using human fetal tissue from aborted babies. The administration also instituted a policy which had the effect of making it more difficult for projects which use fetal tissue from aborted babies to receive federal funding. However, federal funding applications for projects using embryonic stem cells or embryonic cell lines were not impacted and the policy specifically excluded them in its definition of research involving human fetal tissue.