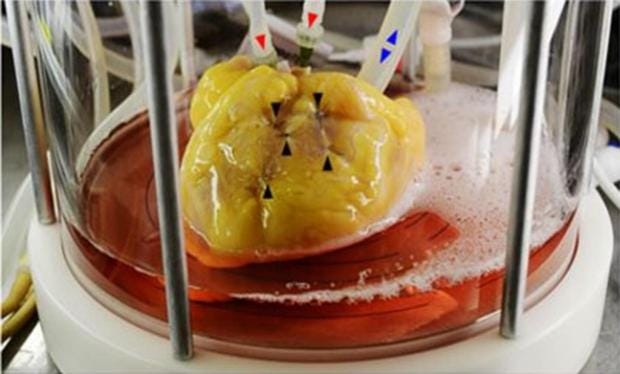 The study, published in the journal Circulation Research, detailed that the team took adult skin cells, using a technique called messenger RNA to turn them into pluripotent stem cells, before inducing them to become two different types of cardiac cells.

Then for two weeks they infused the hearts with a nutrient solution, allowing them to develop under the same circumstances a heart would grow inside a human body.

After the two week period, the hearts contained well-structured tissue, which appeared similar to that contained in developing human hearts.

When shocked with electricity, they started beating.

This represents the closest that medical researchers have come to growing an entire beating human heart.

The next step, would be to find a way to help the cells mature faster and perfect the mimicry of conditions under which the heart develops – thus minimising the likelihood of the body rejecting a heart.